Registered at the broker eToro 11 minutes ago.

What does the live rates for AUD mean?

See live rates for the Australian dollar in real time above and read more about the main currency crosses with AUD below.

AUD/USD
The AUD/USD are among the most traded pairs of currency in the world. If you are new to forex, the AUD/USD rate tells investors, traders, and speculators how many US dollars one would need in order to buy one Australian dollar.

For example, if the AUD/USD rate is 0.65, it means that the currency pair is trading at 0.65. in other words, it would cost a trader 0.65 US dollars to buy 1 Australian dollar.

The figure below shows the live rate of AUD/USD. Let us have a look at it.

From the AUD live rates above, we can see the current live rate for AUD/USD. One example: If the rate is 0.72678, it means that if you want to buy 1 aussie dollar right now, you would need 0.72678 US dollar. Additionally, we can see that since March, the Australian dollar to US dollar rate has been gradually decreasing.

USD/AUD
The USD/AUD rate is just the reverse of what we have discussed above in regards to the aussie to US dollar rate. Therefore, USD/AUD tells traders the amount of aussie dollars they would need in order to buy 1 US dollar.

For example, if the USD/AUD rate is 1.689, it suggests that an investor would require 1.689 aussie to buy 1 US dollar. Above is a live chart of the current USD/AUD rate today.

AUD/JPY
Moving on to Japanese Yen, let us check how much Japanese Yen one would need to buy 1 Australian dollar, from the figure below.

What is the best time to trade the Aussie dollar?

The foreign exchange market is open 24/7, so you can trade at any time. However, as a skilled investor and trader, you need to learn the best time to trade the aussie dollar so that you are always ahead of the game. So which time is best for trading?

The aussie to US dollar pair are most active/volatile when the Tokyo session is active as well as Sydney and New York sessions.

As a trader, you will find that the largest trading volume and daily moves occur during working hours in Australia and Asia. Additionally, great volumes and volatility of the trading pair occurs during active trading hours in the USA.

Background and History of the Australian Dollar

Although Australia is not considered a populous country, it is a major exporter of copper, iron, and coal, alongside other mined materials. The country is also a big importer of oil. Shifts in the prices and trading volumes of the above imports and exports directly impact the value of the aussie dollar.

Before the Australien dollar, the Australian pound was the official currency since the early 19th century, to some extent in combination with Spanish dollars, which in some places were also accepted as a viable currency.

The Australian dollar was introduced into the market as late as February 1966 and since then, it has undergone every currency revolution stage. In the year 1983, the Australian government abolished restrictions on movement of capital internationally, thereby allowing the aussie dollar to become a free floating currency.

Prior to becoming a free floating currency, most of the investments that occurred in the Australian markets were small local companies and banks. However, after the aussie became a free floating currency, international companies and banks were allowed to enter the Australian market, thereby boosting the aussie to become the top traded currency we know today. The currency is given out by the Reserve Bank of Australia and is also used in surrounding areas in the Pacific Ocean and the Indian Ocean. Some of those islands include Christmas Island, Kiribati, the Coconut Islands, Nauru, Norfolk Island and Tuvalu.

All AUD banknotes are practically made of plastic, among other things for the purpose of being suitable for use on these islands where boating and fishing are an important part of everyday life. The ISO 4217-code is AUD.

A currency that is strongly correlated with commodity markets

Did you know that the Australian buck is a commodity currency, therefore, it does rarely move up and down more than 1 percent against its major competitors like the USD, Canadian dollar, and Euro in a single day?

Like the Canadian dollar and the New Zealand dollar, for example, the AUD is also classified as a commodity-heavy currency. The country has enormous natural resources and is a significant global exporter of cereals and other agricultural products (as much as 48.2% of the country’s surface is agricultural land), but above all minerals and metals such as coal, aluminum, bauxite, uranium, liquefied natural gas and industrial manufactured diamonds. Furthermore, Australia is also the world’s largest exporter of iron ore.

Given the enormous importance of exports for the country’s economy, the Australian currency is of course closely related to developments in the various commodity markets – as well as to foreign trade, primarily with China and other Asian markets. Despite the successes, however, the Australian government strives to make the economy more diverse in the long run, and to gradually reduce the importance of the mining industry for the country’s prosperity.

Risk warning: 69% of all non-professional clients lose money on CFD-trading with this broker.

The long term drivers of the Australian buck include:

Now that you know about the live rates of the aussie dollar, how to interpret various AUD trading pairs, the major drivers of the Australian currency and its history, you are ready to begin trading. Call us today if you need to learn more about trading the Australian dollar.

The commodity prices
The prices of commodities have an effect on the terms of trade of an economy. Since we are talking about Australia, the commodities in this case refer to agricultural goods, iron ore, and natural gas among others.

When the prices of commodities increase, exporters may take advantage of the increased export prices and produce more goods so that they can make more profit. This increase in exports results into more money flowing into the Australian economy from outside countries, which in turn increases the demand for Australian currency, undoubtedly leading to appreciation in the value of the aussie.

The short term factors that can drive the Australian dollar include:

Foreign exchange intervention
In the event of a one sided market, whereby the supply of the Australian buck exceeds its demand in the foreign exchange market, the Reserve Bank of Australia can quickly intervene. To reduce the volatility of the currency and improve the market function, the RBA may sell or buy the Australian dollars in exchange of the USD. This will influence the demand and supply in the forex market.

What makes AUD such an important currency?

Geography
The location of Australia makes it the go-to trading partner for Asian economies experiencing fast growth and have a high demand for resources.

Geology
As we mentioned earlier, Australia is endowed with many natural resources such as iron ore, agricultural products, uranium, diamonds, coal, gold and oil. The trading of these resources through imports and imports affect the value of the aussie dollar.

Government policies
The Australian government has imposed fair and stable interest rates, which contribute to a stable economy, which in turn favors the value of the aussie in the foreign exchange market.

The Australian currency is in high demand in the international forex market, and is the fifth most traded currency in the world after USD, EUR, JPY and GBP. Investors are attracted by Australia’s stable economy and government finances, which have offered enormously strong economic growth over the past thirty years.

In fact, the longest continuous boom ever in modern times. Completely unique and completely in a class of its own. The country has parried both the financial crisis in 2008, as well as falling commodity prices and other financial turmoil over the years in an impressive way – and managed to keep the economic base stable and robust. Factors that naturally raise the currency’s popularity level internationally, and give the AUD the status of a secure asset to trade.

Inflation in 2019 was low at 1.6%, GDP growth at just under 3% and total central government debt in 2019 amounted to just over 41% of the country’s total GDP. Even if inflation increased during 2021 to 3.8%, the next step might be to increase interest rates which can be positive for the strength of AUD. 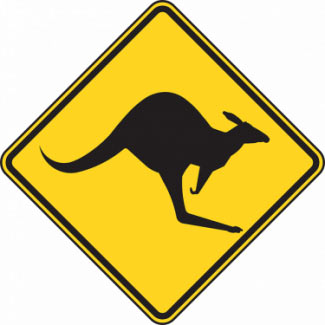 Aussie dollars can be traded at just about any reputable forex broker, often in generous offerings with a number of different currency pairs to choose from. Among the most traded pairs are the classic AUD/USD, as well as EUR/AUD, GBP/AUD and AUD/NZD. AUD/JPY is also popular, mainly in so-called carry trading, as Japan has been able to have a negative interest rate for several decades and is may thus an attractive currency to do carry trading against. One of the industry’s largest selection of AUD pairs can be found at the esteemed currency broker eToro. There you can trade heavyweights as well as USD/AUD, GBP/AUD and EUR/AUD, as well as AUD/CHF and AUD/NZD. Test a demo account and get started trading forex today.

When trading with larger currency pairs where turnover is high and liquidity is good, such as AUD/USD, EUR/AUD, AUD/CHF, GBP/AUD and AUD/JPY, you as a trader can usually count on a competitive and favourable spread among most online brokers. Good tips about the industry’s best currency brokers for both AUD and other currencies, you will always find here at ForexTrading.uk.